Description of work: Renovation of a 9 story, 1 million square foot building built around 1908 as a storage building for railroad logistics.

DSI removed 10,000 tons of brick, terra cotta, concrete, steel, wood and other construction materials.  94% of all debris was diverted from landfills.

DSI salvaged 20 pallets of red brick, used as fire breaks within the building.  Some of the bricks were labeled LaBCo.  After some investigation work, there was a brick maker in the same area, that made bricks labeled LaBCo at the beginning of the 20th century.  (Picture of Brick)

DSI removed elevators, stairs, windows, and many other construction materials within this building.  We were able to use bobcats and mini excavators within the building to perform the demolition work and load out of material.

We installed shoring at the lower level, and built a chute to move debris from the upper floors, down to the street level.  During the project, DSI has as many as 40 operators/laborers/supervisors and 15 pieces of equipment on site, performing the demolition work. We used excavators, skid steers, mini excavators, and reach forklifts to prosecute this work. 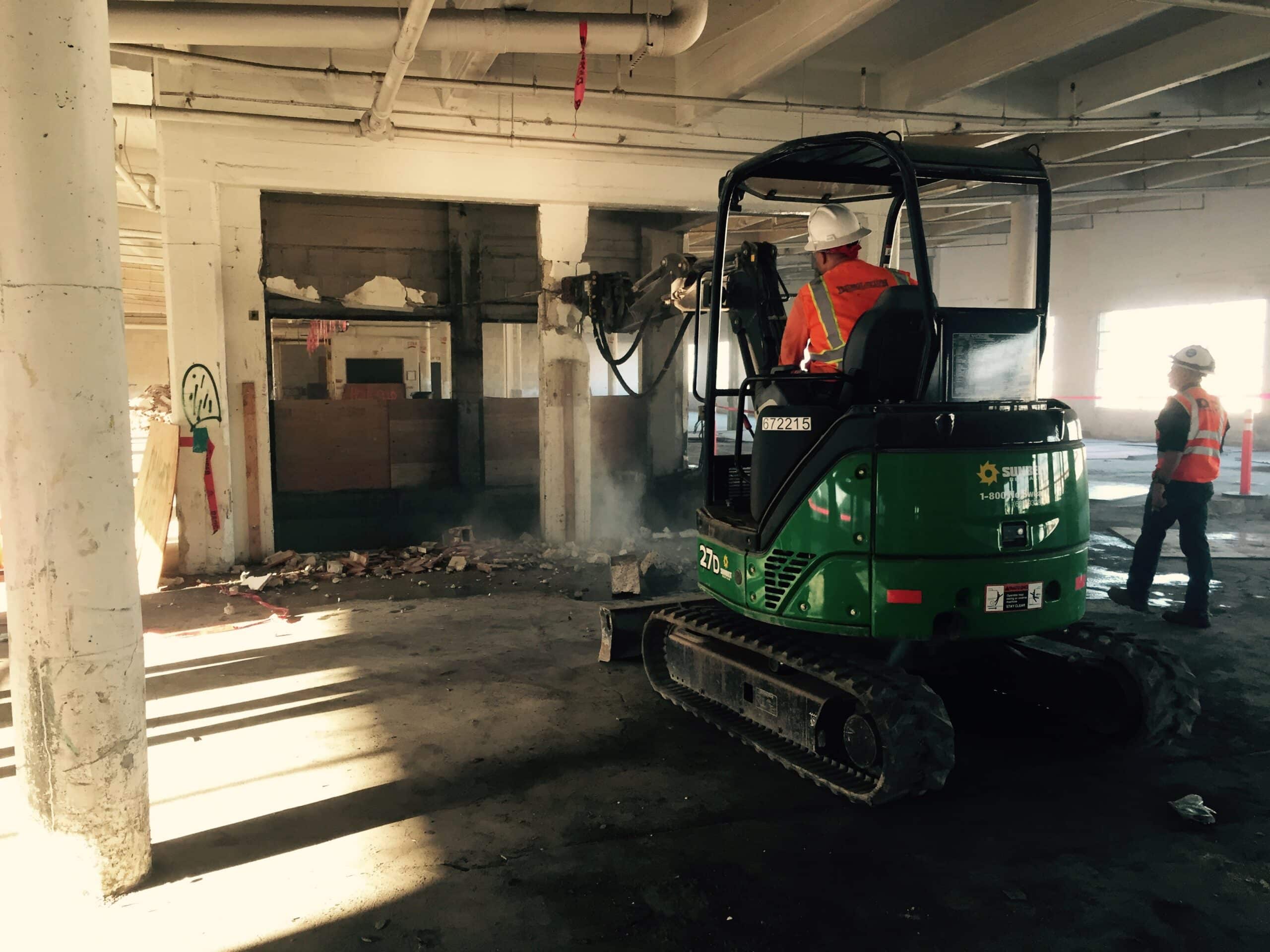